The Good Shepherd Magdalene Laundry in Limerick was first established in 1826 by a Fr Fitzgibbon and a Miss Joanna Reddan. In 1848 the Good Shepherd sisters took over the institution. (Source: McAleese Report) The Limerick laundry remained in operation until 1982, until it was taken over by John Kennedy, a relative of one of the Good Shepherd sisters. John was interviewed by the artist Evelyn Glynn as part of her Master’s research, and the transcript is available for download here. Further materials are available on Evelyn’s website, which is a wonderful resource on the Limerick Laundry.

One of these women is Maggie M., who is recorded in the 1911 Census record for the Good Shepherd Laundry in Limerick.

Maggie’s age is stated as eighteen years and the record shows she was from Carlow and could read and write.  Her ‘occupation’ is noted as ‘laundress’.  A Margaret M. is interred at the Good Shepherd Laundry site at Mount St Oliver Cemetery in Limerick. Margaret died on 2nd December 1985.  If this is the same woman, she was confined for her entire adult life, a minimum of 74 years in the Good Shepherd Laundry in Limerick. 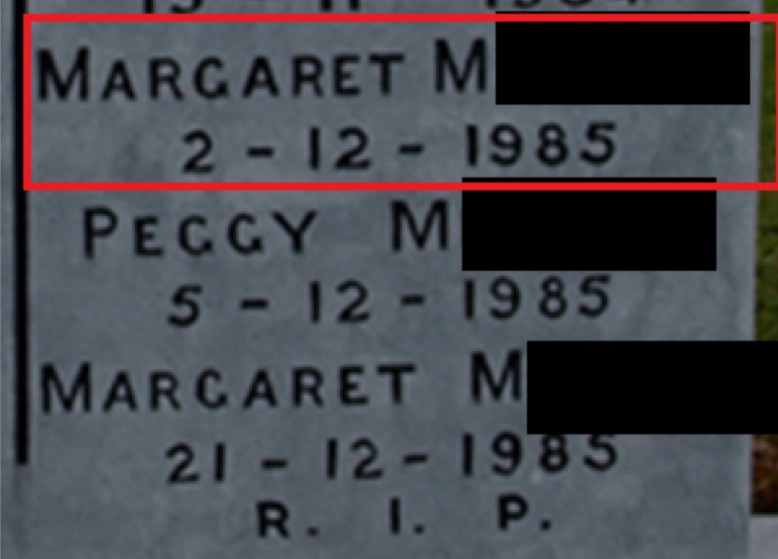