The Galway Magdalene Laundry was originally established in 1824 by a Ms Lynch and managed by the Association of Ladies of the Saint Magdalen Society. The Sisters of Mercy took over the operation of the institution in 1845. The institution closed in 1984 (Source: McAleese Report).

To date, JFMR has recorded the names of 92 women and girls who died at the Magdalene Laundry in Galway.  There are 49 names inscribed on the headstone at Bohermore Cemetery, while 43 names are inscribed on the headstone at Forster Street, where the former laundry was located. JFMR is aware of a number of discrepancies on headstones maintained by the Sisters of Mercy and our research is ongoing in this regard. The following is a statement written by Maisie, a survivor of the Galway laundry, for inclusion in our critique of Chapter 16 of the McAleese Report:

There are now new headstones on the two large graves of the Magdalene victims in the cemetery at Bohermore. Those poor souls who most of their lives worked and slaved without pay behind locked doors.  They washed, scrubbed, cleaned and ironed the dirty laundry of the people of this province, of every class and creed, including those who ruled their lives with tight fisted control.

The Mass for their burial was held in the church of the nuns’ convent there, attended by their victim colleagues behind locked doors.  When they were young they were put into the Magdalene in secret.  They died in secret.  They were buried in secret.  Nobody walked behind their hearse to the graveyard, not even a cross put on each of those graves with an RIP on them.  Those who did that did not stop to think.  They were at least worthy of that bit of dignity.  The nuns in charge seemed not to think so.

No politician ever voiced a condemnation of it.  The heads of the clergy ignored it.  If anyone from the public died, their death notice would be read off the altar in the public church of the parish they worked and lived in.  But no such thing for the women of the Magdalene.  No death notice on a paper.  One would not have to use ‘Magdalene Laundry’ as the address.  Where there is a will there is a way to do things.

These poor women were seen as and treated as nobodies.  I was one of them.  As I walked along I thought to myself, looking at those graves, there but for the grace of God I could have been one of them.  It was once said, a grave yard is no place for class distinction.  For those I lived with and worked with it was.  Thank God at last somebody had a conscience to give some bit of dignity to those graves. 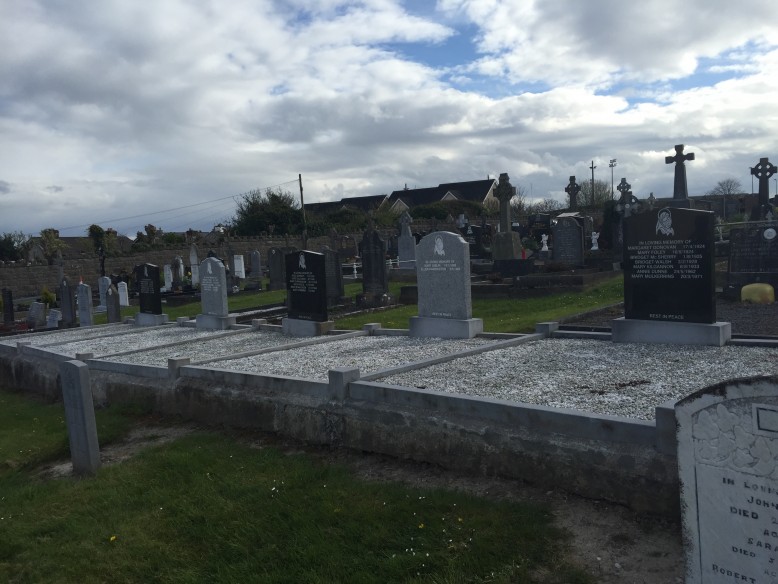 One of the Magdalene plots at Bohermore Cemetery 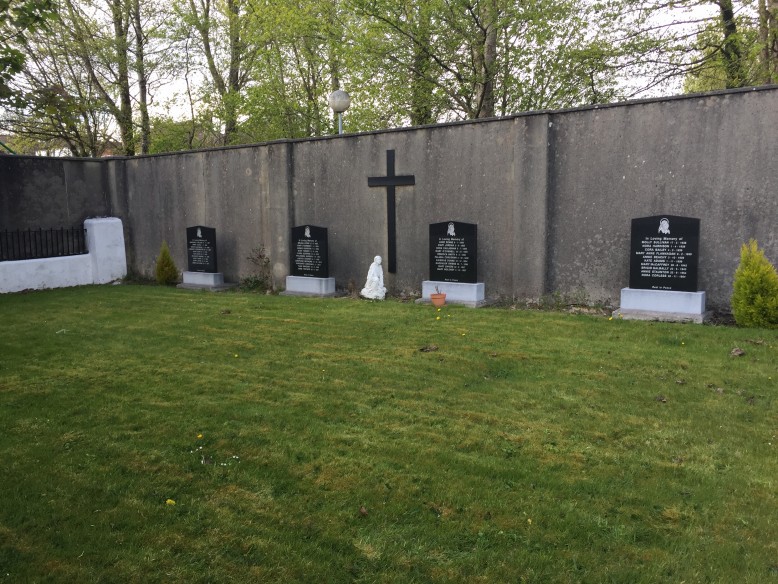 JFMR is a member of the National Women's Council of Ireland